Where is the Moral Compass of Today’s Young People?

I will say right up front that I teach in an alternative high school, so I am dealing with students who may not have the most stellar of pasts or come from the best of homes. Today, however, I listened in on a conversation taking place while students were getting work done in my class. The entire discussion centered around the best ways in which to steal items from Walmart without getting caught, and an open discussion of people they knew who had stolen everything from cell phones to TVs. Am I dangerously naïve? Just how the devil does one walk out of a store with a freaking television set? More importantly than that—never, anywhere in this conversation, was any thought or comment given to the fact that stealing is wrong. To take someone’s goods or belongings without permission or payment is fundamentally, unequivocally wrong. One of the students involved in this discussion regularly attends church. Are the Ten Commandments not taught there anymore? I may be a bit rusty, but I do believe one of them is “Thou shalt not steal.” I’m a parent, not always as attentive as I should have been over the years, but I have to ask… Your kid suddenly shows up with a brand new cell phone…don’t you ASK where they got it? If they walk in the door with a new television, don’t you ASK how they bought it? What the hell? What is our country coming to when people think that they should have anything they want just because they want it, without paying any price for it? 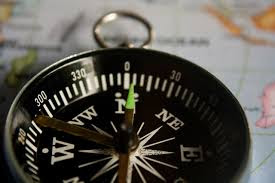 More frightening even than that, what is the destiny of a nation in which many, many people no longer seem to have any functioning moral compass whatsoever? This is the same group of students who asked me if I would “help” them during their state writing tests. I told them no in no uncertain terms. One of the students said, “She could get in trouble and lose her job.” To which, I replied, “You’re right, I could, but more importantly than that, I wouldn’t do it because it’s wrong, and at the end of the day, I want to be able to lay my head down to sleep at night with a clear conscience.” How alarming that that concept seemed something entirely new to them.
Posted by Laura Browning at 7:33 AM

Buy Links for my books!

Find all the books and links to your favorite vendors right here.

The Brotherhood of the Guardians

Vampires you'd love to sink your teeth into.

Book #2 in Brotherhood of the Guardians

Available through Barnes and Noble and Amazon

The only woman who can unlock his heart is also the key to his revenge. 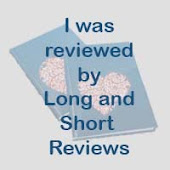 Four Books from LASR! "This was a great story."

Laura Browning
After a long career in journalism, I changed gears and began teaching English. The change in pace allowed me to ramp back up on my own love of writing fiction. After a push from my hubby, I finally landed a book contract. More have followed. It's great!

Heat up the Holidays!

Available from The Wild Rose Press: Can two indepdent souls put their holiday troubles behind them to open the greatest Christmas gift of all--love?

Bittersweet - Lyrical Press: A night Anna Barlow can never forget, and one that Chris Stevenson can't remember now unites them forever, but Anna's inability to trust in the idea of family could doom their chances to be together.

Available from The Wild Rose Press